Our latest blog entry comes from Heath Brown, Assistant Professor of Public Management at John Jay College. This entry was originally posted on 7/17/2016 at The New West (the official blog of the Western Political Science Association). 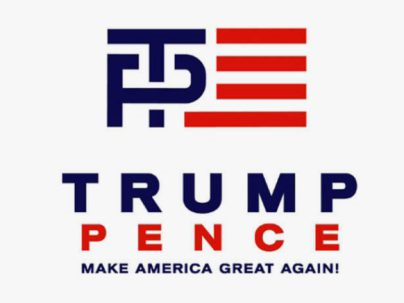 It is Veepstakes time again and all eyes are on the choices Donald Trump and Hillary Clinton are making. Much media attention has been drawn to the possibility that the vice presidential picks will help win a key swing state in November, serve as an “attack dog” on the campaign trail, or sparkle in a future debate. While this is all possible, and negative media coverage may deter some candidates, especially women, from seeking the post, there seems to be little evidence that it ultimately matters that much for the election. (See Kyle Kopko and Christopher Devine’s Politico piece from April on this, and also Boris Heersink and Brenton Peterson’s Monkey Cage blog piece that suggests small VP effects).

Probably of more importance, Dave Hopkins argues convincingly on his blog, is that VP choices matter because of “the window that they provide into the presidential candidates who select them.” Donald Trump’s much anticipated, but ultimately delayed VP announcement, probably says something about his style of deliberation over difficult decisions.

In his new book, The White House Vice President: The Path to Significance, Mondale to Biden (University Press of Kansas), Joel K. Goldstein shows how since 1976 the vice presidency has been on the rise. No longer are the responsibilities of the office what Woodrow Wilson’s Vice President surmised: “to ring the White House bell every morning and ask what is the state of the health of the president.”

Instead, vice presidents have taken on major responsibilities for assuring the success of the president, and that has commenced during the transition period. Carter announced immediately after the election that Mondale would work closely with him on selecting high-ranking administration officials and that he would consult with Mondale on program initiatives. Mondale is given particular credit for persuading Carter to choose Joseph Califano to head Housing, Education, and Welfare (HEW) and Robert Bergland as Secretary of Agriculture. Vice presidents-elect had never before held such sway during the transition period.

Mondale’s legacy has not been forgotten. Twenty-five years later, Dick Cheney, who was famously involved in his own selection, went on to direct the Bush presidential transition team. Goldstein suggests that some of Cheney’s eventual power in the White House, especially in the first-term, derived from his opportunity to “place allies in important positions” during the transition period.

Much remains the same today, and it seems likely that the eventual winner of this fall’s election will have relied on their running mate, as much for helping to secure votes, as for their work planning for the transition to power. Presidential transitions may officially begin after Election Day, but (as I wrote about on this blog in June), in reality they begin long before. Already, Trump has named Governor Chris Christie to begin his transition planning, and Clinton likely has a large transition team at work as well. I suspect their choice of running mate will join in that pre-election transition planning, helping to vet potential cabinet nominees, develop policy proposals, and figure out what the organization of new White House will look like.

While much of this planning will occur in private, out of the eye of the voting public and under-reported by the media, it lays the ground-work for governance. For this reason, while we may not be able to observe it now, the soundness of the vice presidential picks will be later judged in the effectiveness of our next president and the sound functioning of the future White House.