John Jay Scholars on the News – Vaccines and the Flu 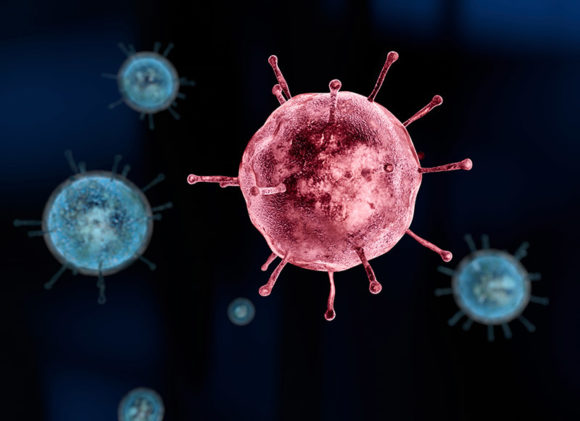 It’s winter, which we sometimes call “flu season.” In fact, “you can catch influenza at any time during the year if exposed to the virus, and its severity is the same regardless of when you get sick,” says Edgardo Sanabria-Valentín. We don’t fully know the answer to why influenza is more common during the colder months. According to Nathan Lents, “The virus is viable for a longer time in cold air, and spreads more readily in dry air. Another reason that may contribute is that winter air dries our mucus membranes, which makes them less effective at preventing viral entry. We also tend to spend more time indoors with closed windows and recirculated air.”

The 2018 flu season was also the 100th anniversary of the infamous global influenza pandemic, a year when more

than 500 million people around the world are estimated to have died from flu. Of that number, 675,000 fatalities came from the United States, with roughly 20,000 from New York City alone. According to Mike Wallace, in his 2018 book Greater Gotham, more Gothamites died of disease in the city than died during World War I; the ongoing war effort actually impaired New York’s efforts to fight the flu, by concentrating soldiers in training camps where disease could spread and by taking much-needed medical personnel away from home to establish medical camps near the battlefields in Europe.

Despite the high numbers of fatalities at home, New York of 1918 had a lower death rate than other major cities (4.7 deaths per 1,000 residents, as compared to Boston’s rate of 6.5 and Philadelphia’s of 7.3). This was attributed by Health Commissioner Royal Copeland to New York’s long history of public health work, and particularly the alleviation of unhealthy conditions around the city at the turn of the 20th century.

Today, scientific and public health efforts have brought some protection from a repeat of 1918 in the form of vaccines. In the case of the flu, explains Dr. Lents, “Each year’s vaccine is targeted toward the three to four strains that appear to be spreading the most rapidly. The injected vaccine contains killed viruses [from those strains], while the nasal spray contains live but weakened viruses. In both cases, the large dose of viral particles elicits a strong immune reaction from our bodies, including the production of antibodies that can stick around for years or even decades. The second time we are exposed to the same virus, it only takes a day or two to mount the same level of immune response. This ‘priming’ gives the immune system enough of a head start that it usually prevents the infection from ever taking hold.”

Because the influenza virus is so good at mutating from year to year, “no vaccine is 100% perfect, and getting the flu shot will never protect you against 100% of all flu strains,” says Dr. Sanabria-Valentín. But the vaccine will “significantly decrease the risk of getting sick, and will decrease the severity and length of infection, and decrease the chance that you get other people sick” if you do contract the virus.

Vaccinating also helps to protect those around you in other ways, namely by contributing to “herd immunity.” “Some people cannot be vaccinated because they are too young, too old, immune-compromised, or battling other kinds of infections,” says Dr. Lents. When the percentage of people in a population are effectively immunized, it helps to prevent the spread of disease to those who were unable to receive the vaccine. But when the percentage of vaccinated people falls because individuals who otherwise could be immunized choose not to be, it puts vulnerable populations at risk.

“Controversies about vaccinations have been out there since we adopted this preventative measure almost 100 years ago,” says Dr. Sanabria-Valentín. “There are a lot of myths about vaccinations which are peddled by conspiracy theorists trying to sell you something or by people who might have good intentions but got swindled by ill-intentioned people trying to make a fast buck. One of the most popular ones is that vaccines can cause autism in children. This claim was first made in a study that was demonstrated (by many groups) to be fraudulent; no direct relationship between receiving vaccinations and autism has been found. There is overwhelming consensus among scientists and physicians that vaccines are safe and effective even though, like most medical treatments, in very rare cases they can cause side effects and in even rarer instances can cause serious unintended health problems. There is overwhelming evidence that vaccination has helped not just individuals, but humankind.” Although diseases like smallpox, polio and the measles were all but eliminated by vaccine technology, skepticism about immunization–which many attribute to the rise of social media–has caused some long-gone diseases to stage a comeback.

Dr. Lents stated that “in 2017, 80,000 people died of influenza, the highest number in 40 years. If more healthy people had been vaccinated, that number could have been much less. Each person that decides not to vaccinate adds a little bit of risk to the entire population.” This dynamic played out in October 2018, when measles–which was declared eliminated in the US in 2000–broke out in Williamsburg, Brooklyn. The New York City Department of Health confirmed 42 cases in Williamsburg and Bensonhurst as of mid-December, and is currently barring un-immunized students from attending local schools. And according to The Guardian, Europe is also experiencing a surge in vaccine hesitancy and a corresponding growth in the numbers of new measles cases; Europe will see more than 60,000 new cases this year and 72 deaths, the highest number this century.

It is generally agreed that fears about vaccine side-effects are overblown, and contradicted by scientific consensus. “Vaccines are constantly monitored and modified as circumstances dictate. The FDA does not approve a vaccine unless initial trials indicate the benefits clearly outweigh the risks. In response to vaccine safety concerns today, healthcare providers have to give vaccine information sheets to recipients clearly describing the risks and benefits of the vaccine. And finally, vaccines are subject to particularly high safety standards because, unlike other health treatments, they are given as preventive measures to protect healthy people,” explains Dr. Evelyn Aranda Jaque. “Although vaccination is not 100% effective, studies on flu vaccination programs have shown that people who get vaccinated are less likely to be seriously ill or die in comparison with those who do not vaccinate. We must consider that the widespread use of vaccines for life-threatening diseases in the United States has led to a dramatic decrease in their incidence.”

Evelyn Aranda Jaque is a substitute Associate Professor at John Jay College, where she teaches classes including Immunology and Microbiology. She received her Ph.D. from the Physiology Department at Pontificia Universidad Católica de Chile. Dr. Aranda Jaque’s research since her doctorate days has largely focused on the role of angiogenesis (the formation of new blood vessels) in tumor progression.

Nathan Lents is a Professor of Biology and Director of the Honors Program and Macaulay Honors College at John Jay College. He holds a Ph.D. in human physiology and postdoctoral training in computational biology from NYU. In addition to his laboratory research, Dr. Lents writes popular science articles, blog and books. His most recent book is Human Errors: A Panorama of Our Glitches from Pointless Bones to Broken Genes.

Edgardo Sanabria-Valentín is the Associate Program Director of John Jay College’s Program for Research Initiatives in Science and Math (PRISM) as well as the college’s Pre-Health Careers Advisor. He holds a Ph.D. from NYU-School of Medicine, and spent three years working in the biotechnology industry. Dr. Sanabria-Valentín is the recipient of the ESCMID Young Scientist Award (2007), a Leadership-Alliance Schering Plough Graduate Fellowship (2006), and the NBHS-Frank G. Brooks Award for Excellence in Student Research (2001).