The Office for Academic Affairs through its Office for the Advancement of Research, in collaboration with Undergraduate Studies and a faculty leadership committee representing Africana Studies (Jessica Gordon-Nembhard), Latinx Studies (José Luis Morín), and SEEK (Monika Son), sponsored a year-long community dialogue on racial justice research and scholarship across the disciplines. John Jay College faculty, students, and the broader community were invited to join four panel discussions and four hands-on workshops that invited a more in-depth discussion about changing the ways we teach and learn – specifically, by facilitating meaningful engagement with scholarship by and about people of color, and promoting the incorporation of research on structural inequities into curriculum college-wide. Over the course of the 2020-2021 academic year, events covered multi-dimensional topics including:

Each panel was facilitated by a John Jay faculty member who also led a follow-up workshop intended to engage participants more deeply in the subject matter and promote best practices for cultivating racial justice in our classrooms and around the college. Each panel was recorded, and the recordings can be found below, as well as resource guides for further self-guided learning and curricular reform. 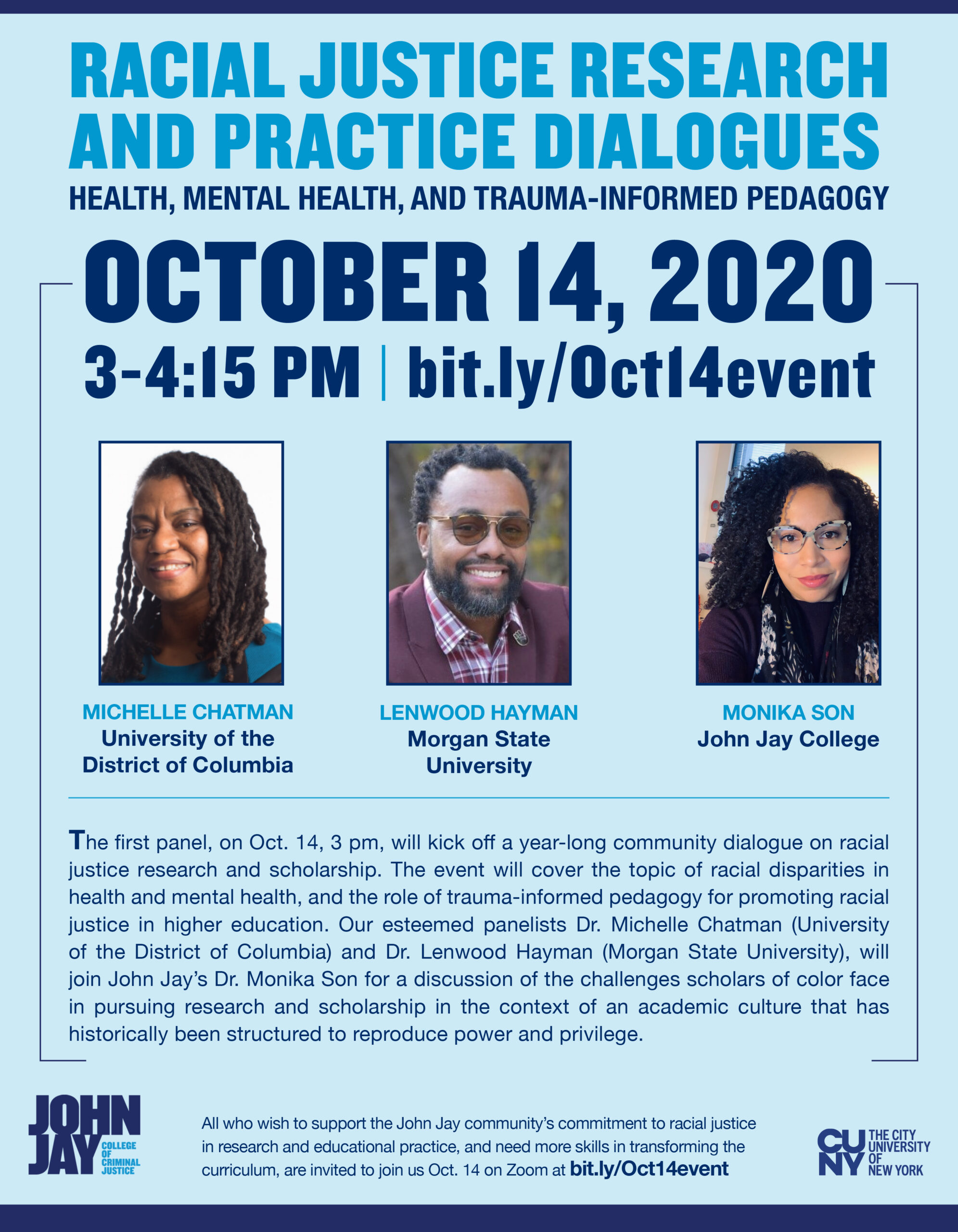 Event #2: Race and Historical Narrative — Correcting the Erasure of People of Color 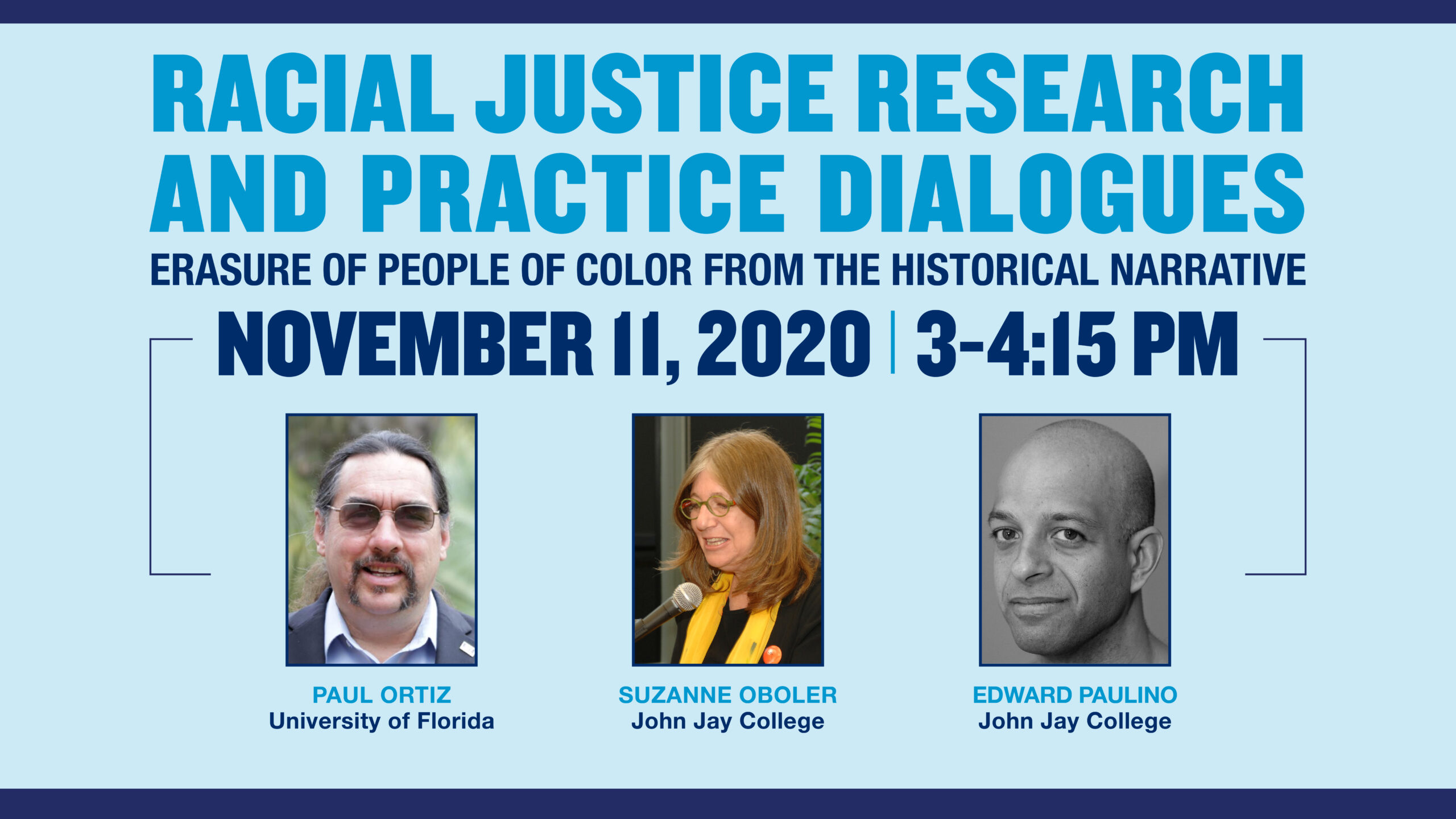 The second panel in the OAR/UGS Racial Justice Research and Practice Dialogues series, on November 11 at 3 pm, will shine a light on the erasure of people of color from the historical narrative commonly taught in the United States. This erasure is harmful to students of color in particular, as they do not see themselves represented in the stories told about this country, and actively harms people of all races by failing to present an accurate picture of the country’s founding and history.
Panelists: Dr. Paul Ortiz (UFL) & Dr. Suzanne Oboler (John Jay College)
Facilitator: Dr. Edward Paulino (John Jay College)
Event recording: https://youtu.be/WRIDHIA_a94
Resources: For suggested readings that may be helpful in placing the panel discussion in context, download the RJD Event 2.1 – Readings. 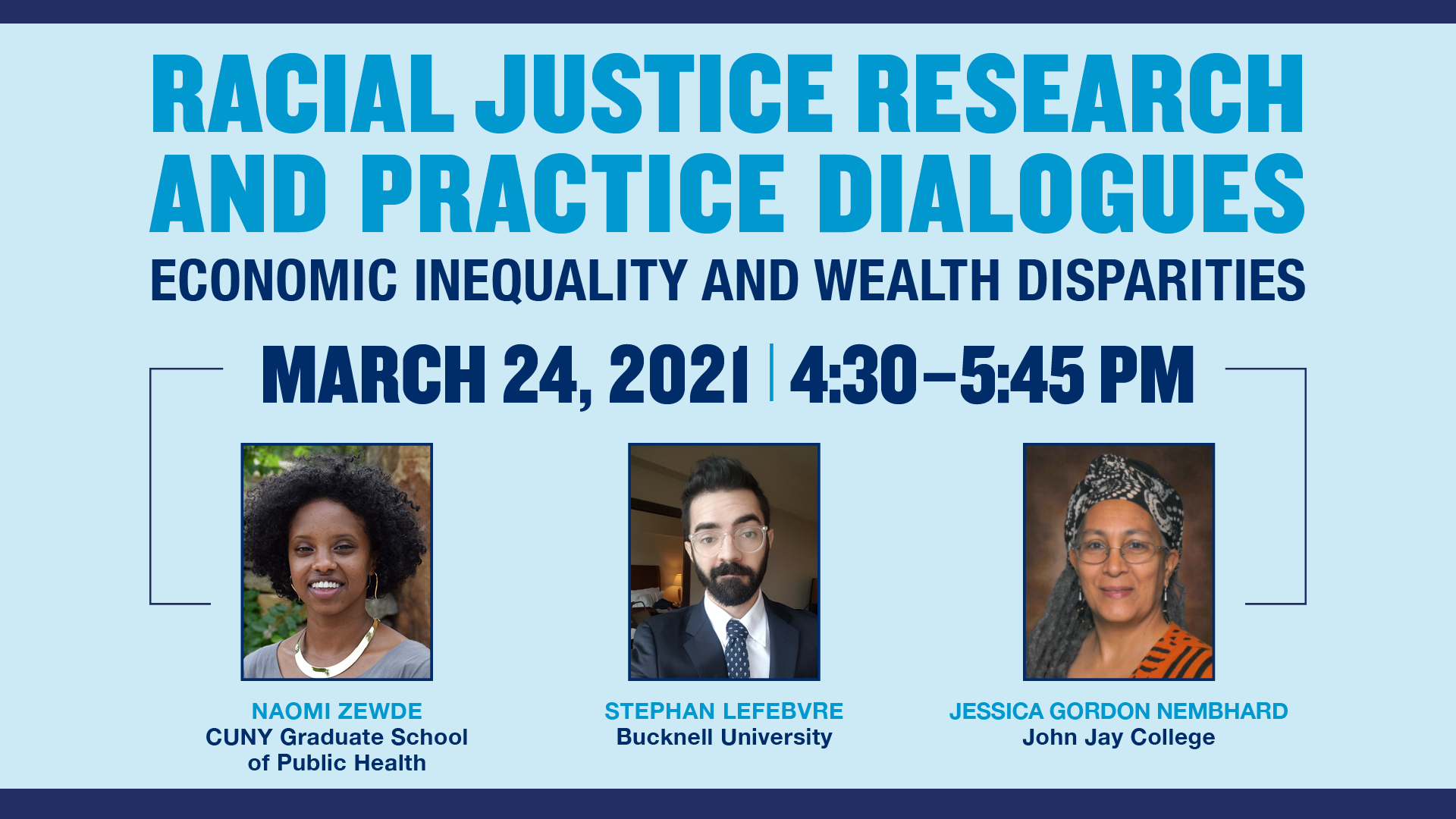 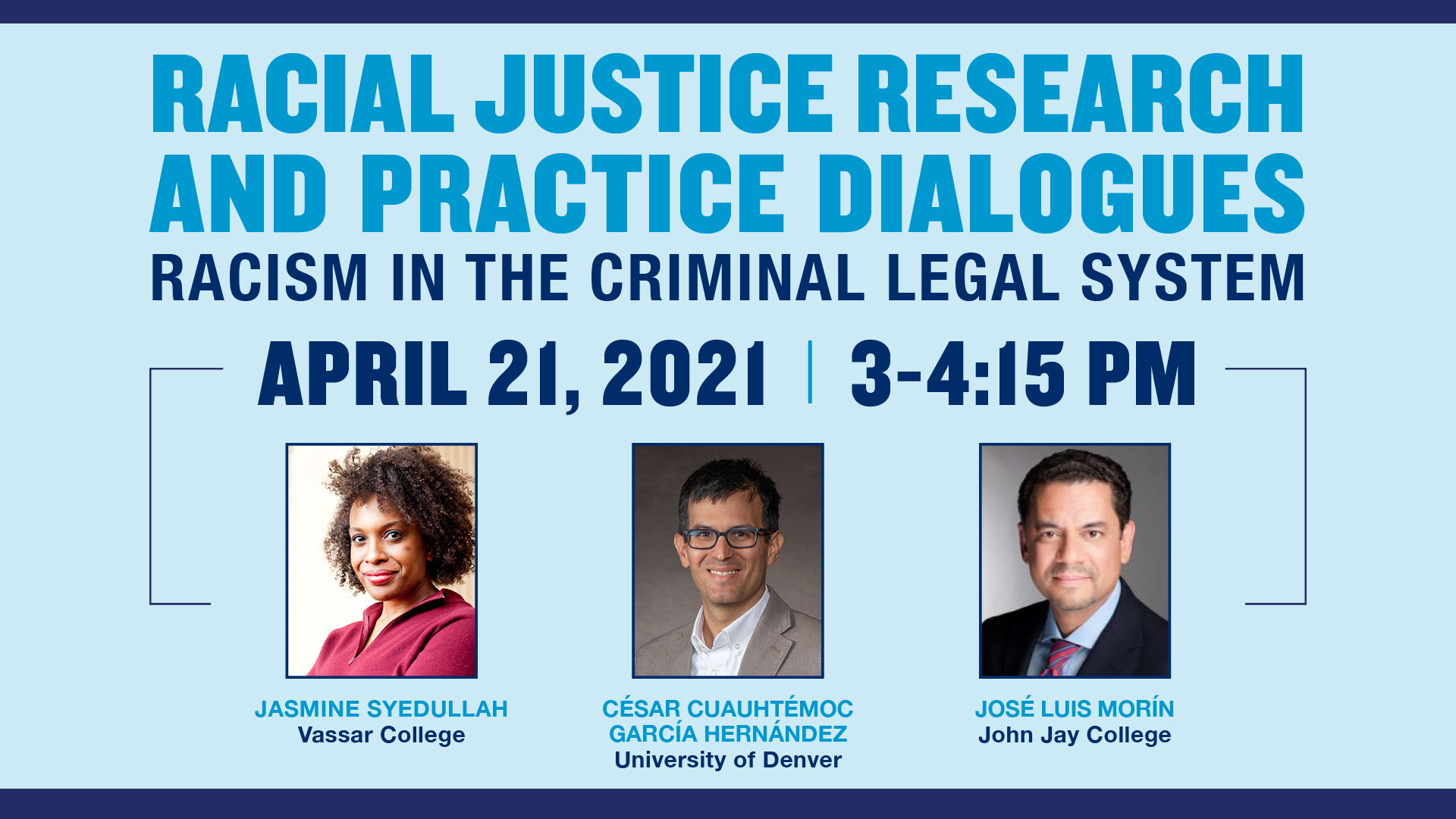 Eric Piza is Bringing the Data on Police Reform

Police reform is everywhere in the news, and everyone has a different perspective on the issue, from activists to police practitioners to politicians. John Jay Associate Professor of Criminal Justice Dr. Eric Piza is a former crime analyst who studies both police reforms — like the impact of body-worn cameras on police effectives — and the manner in which those reforms are undertaken. He emphasizes the importance of program evaluation in the area of police reform: “Far too often, people talk about implementing specific reforms without acknowledging whether or not we have a sufficient evidence base to know whether those reforms will bring about the intended effects.”

But who is best-positioned to evaluate the changes police agencies are making and help them institute the reforms that are best-suited to meet police and community goals? Piza recently published a study in peer reviewed journal Policing that explored ways police departments can employ their own personnel to evaluate reforms, bringing a greater sense of ownership and, perhaps, generating greater willingness to embrace change. With his co-authors, CUNY Ph.D. candidates in criminal justice Jason Szkola and Kwan-Lamar Blount-Hill, Piza took a look at the roles three different types of police evaluators can play in police-led scientific reform.

(The article is “How Can Embedded Criminologists, Police Pracademics, and Crime Analysts Help Increase Police-Led Program Evaluations? A Survey of Authors Cited in the Evidence-Based Policing Matrix.” Click to access the full article.)

While program evaluation — or, the empirical evaluation of programs’ effectiveness — has typically been considered the purview of academics looking in on police practice from the outside, Piza argues that police-led evaluation of reform leads to greater ownership of new practice. “If police can play a role in generating and conducting research, I think it’s just human nature that they’d be a little more open to its implementation, because they were part of the process. They probably also have more understanding of what the research means [than academics]. That will help generate support from the police to implement the kind of reforms that are necessary,” says Piza.

But conducting empirical research requires training that not all police practitioners have. Piza and his co-authors looked at three types of analysts working from within the police apparatus — embedded criminologists, police pracademics, and crime analysts — to find out the roles each can play in strengthening police-led reform. To do so, the authors carried out a survey of criminal justice scholars working in the area of evidence-based policing. They asked three research questions: what factors make successfully evaluating police practices difficult; how easily can each of the three types of “internal analysts” be incorporated into police program evaluation activities; and how capable is each type of analyst of conducting program evaluation tasks?

In the end, their results showed that each of the three has a role to play. “The best way is to leverage them together, because they’re all going to give different benefits. Embedded criminologists, who are typically Ph.D.-level researchers, they’re going to do the best job of designing research and program evaluations, but that’s only step one in getting reform through,” says Piza. “Research results have to be communicated to the leadership in a language that actually makes sense to them. When changes are made based upon those research results, someone has to monitor the new state of affairs and make sure the police are doing what they claim to be doing. Crime analysts and police pracademics are probably more important than embedded criminologists when we get to that phase of the process.”

Piza is optimistic that police departments will be receptive to calls for reform from community leaders and activists. As the community shifts the focus in conversations about reform, he hopes to see police apply the same openness they showed to adopting crime control reforms to future proposed changes.

“Police have been willing to experiment with new strategies and to rethink their mission. The last couple of years have reminded us that crime control and prevention is only one goal of policing. Limiting use of force, improving police-community relations and perceptions of police legitimacy, these are also very important goals of policing. I think the community reminding the field of that is going to be very important.”

The future of policing

Dr. Piza has his eye on the future of effective policing, with two books on the subject forthcoming. The first is a handbook that walks crime analysts through a transition to the next generation of a popular crime mapping software, ArcGIS Pro. Rather than just a standard software manual, Piza describes the book as using a variety of case studies and empirical research to help analysts think about how to apply the new version of the technology to solving the real-world problems they encounter every day.

The second, which Piza is co-editing with Brandon Welsh (Northeastern University), will feature chapters by international experts on various programs that assist police in integrating practice and research; he and Welsh will contribute a chapter on technology. While the United States may be going through unique policing challenges at the moment, Piza sees commonalities that will make the volume, to be titled The Globalization of Evidence-Based Policing, useful to practitioners and academics around the world. “Even if the problems and outcomes of interest are different,” he says, “everyone struggles with the basic premise of having 30 to 40 years of really good, rigorous policing research, and how we can get the police to better engage with that body of research.”

Piza is also influencing the future of policing research in another way: many of his articles are co-authored with Ph.D. students from CUNY’s own criminal justice program, just as the Policing article was. Piza says their passion for the field helps him to stay present and remember the bigger impact studies like his can have on real people and real communities. “They bring a level of rigor and passion,” Piza says of his graduate student collaborators. “It’s easy to become jaded in this field, especially with the current environment, so it’s been helpful to surround myself with students who are passionate about these topics. They are always there to remind me why this is bigger than myself.” 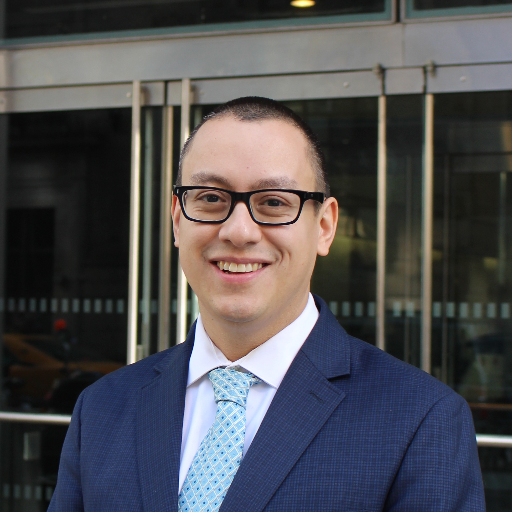 Eric Piza is an Associate Professor of Criminal Justice at John Jay College of Criminal Justice. His research focuses on the spatial analysis of crime patterns, problem-oriented policing, crime control technology, and the integration of academic research and police practice. His recent research has appeared in peer-reviewed journals including Criminology, Criminology & Public Policy, Crime & Delinquency, Journal of Quantitative Criminology, Justice Quarterly and more. In support of his research, Dr. Piza has secured over $2.2 million in outside research grants, including funding from the National Institute of Justice. In 2017, he was the recipient of the American Society of Criminology, Division of Policing’s Early Career Award in recognition of outstanding scholarly contributions to the field of policing. 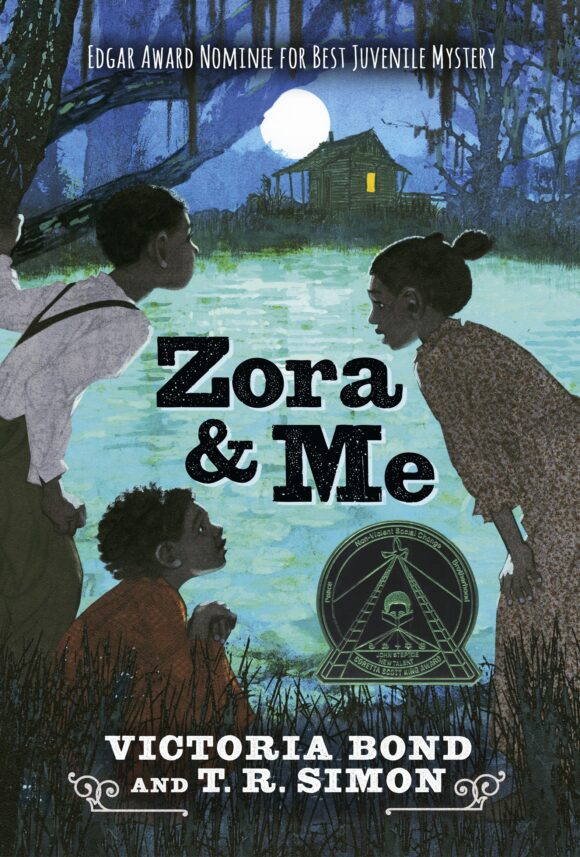 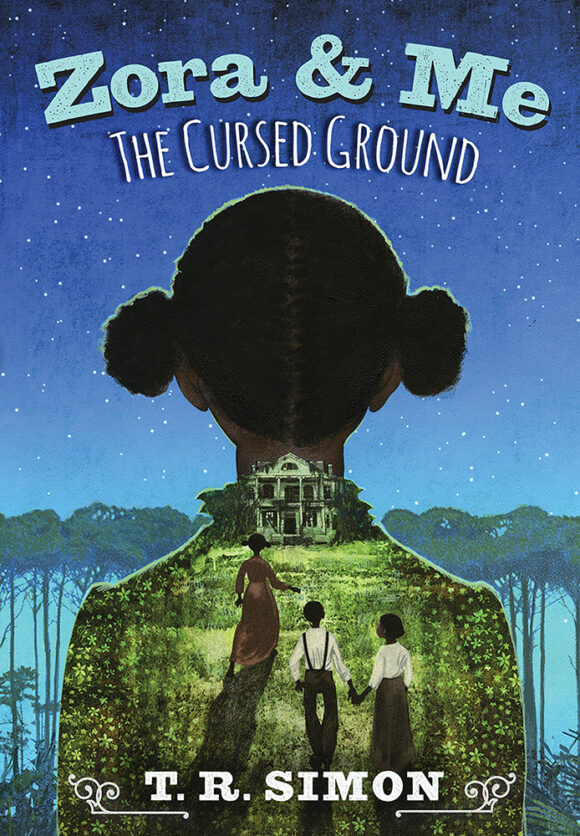 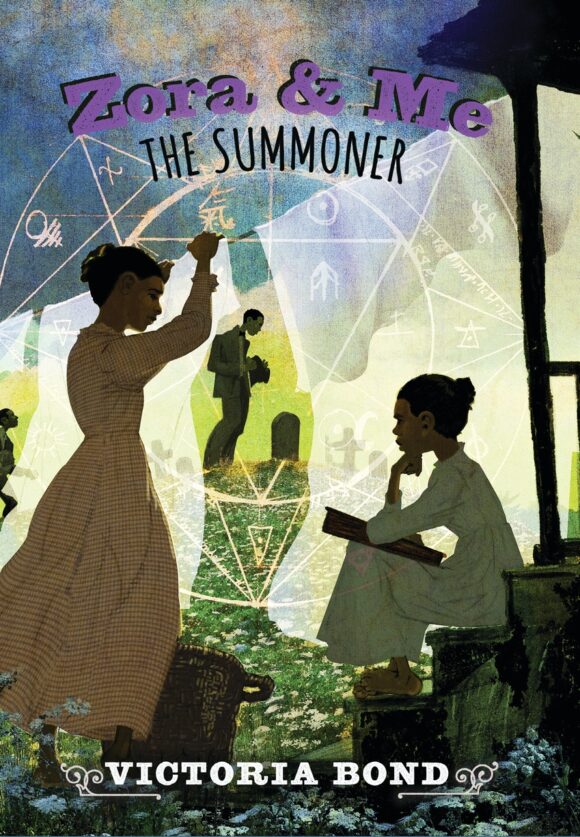