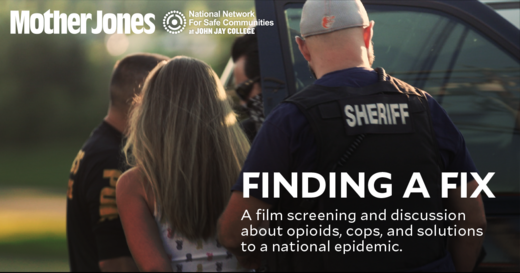 Amidst the deadliest drug epidemic in American history, the National Network for Safe Communities (NNSC) hosted a documentary film screening and panel discussion on October 2 that highlighted why the opioid crisis is so difficult to stop, and shared the actions being taken in New York City to save lives.

In 2017, drug overdoses claimed an estimated 72,000 lives in the U.S., according to the Centers for Disease Control and Prevention. Of those deaths, more than 49,000 were attributed to opioids. New York City alone recorded around 1,500 overdose deaths last year. The current death rate is equal to one New Yorker dying from an overdose every six hours, according to ADA Roberts. The availability of Narcan, a nasal spray that can reverse opioid overdose, is often the different between fatal and non-fatal overdoses, the prosecutor also noted. In August 2017, New York became the first state to make no-cost or lower-cost medicine to reverse opioid overdoses available at pharmacies.