By Office for the Advancement of Research in Research at John Jay on February 25, 2021.

During the chaotic years of the Trump Administration, the United States experienced a rise in hate crimes. This increase has been confirmed by FBI data collection, media reporting, and independent scholarship. According to Dr. Frank Pezzella, an Associate Professor of Criminal Justice at John Jay College and a scholar of hate crimes, four out of the past five years, from 2015 to 2019, have seen consecutive increases in hate crime offending in this country, something he says is new. Nine of the ten largest American cities had the most dramatic increases in hate crimes – including New York City.

Hate crimes, or bias crimes, are strictly defined by the FBI. The organization sets out 14 indicators that must be present for a criminal offense to be classified as a hate or bias crime, that provide objective evidence that the crime was motivated by bias. But according to Dr. Pezzella, the evidence to meet those criteria isn’t always clear. Not every hate crime is as flagrant as the Pulse nightclub shooting in 2016 or the 2018 attack on Pittsburgh’s Tree of Life Synagogue. To establish a hate crime was committed, first responding police officers must look for evidence of bias motivation – what Pezzella calls an “elevated mens rea” requirement. But bias can only be committed against legally protected categories, like race and ethnicity, sexual or gender orientation, disability, or religion, which vary from state to state. And the additional paperwork and procedural requirements that come with classifying an incident as a hate crime are, in his words, disincentivizing police reporting. 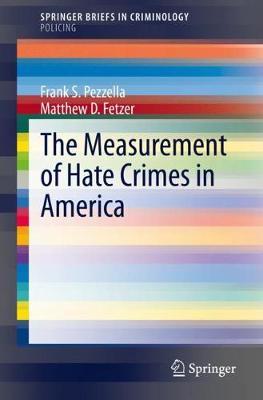 The result of these complications is rampant underreporting. In his new book, The Measurement of Hate Crimes in America, Dr. Pezzella looks at the reasons why hate crimes are so undercounted in the United States, and proposes some solutions for what law enforcement and policymakers can do to correct the issue. Since the enactment of the federal Hate Crimes Statistics Act in 1990, which required the Attorney General to collect data about hate crimes, the FBI has been fulfilling this mandate in the form of the Hate Crime Statistics Program, published annually as part of the Uniform Crime Report. According to Dr. Pezzella, since 1990 the UCR has reported an average of roughly 8,000 hate crimes per year; but victims, he says, report around 250,000 hate crimes per year. He attributes this substantial gap to a variety of factors including the evidentiary and procedural barriers noted above. In addition, only about 100,000 of these victimizations are ever reported to the police in the first place. And when victims do report, police departments are under no legal requirement to pass their findings on to the FBI.

“Of the roughly 18,500 police departments, only maybe 75% participate in the Uniform Crime Report hate crime reporting program – note that it is voluntary,” says Pezzella. “So we don’t even know about hate crimes in 25% of precincts. And of the participating 75%, roughly 90% report zero hate crimes every year. So one of the reasons we wrote the book is that, either we don’t have hate crimes the way we think we do, or we have a systemic reporting problem.” It’s obvious which he believes is true.

The consequences of underreporting hate crimes are severe, Dr. Pezzella says. “To the extent that we underreport both the type and extent of victimization, it really does put a specific policy issue in front of us. We need to know who’s being affected, how they’re being affected, and the extent of the effect, in order to fashion remedies.” The only way to target treatment and services for the most vulnerable and likely victims is through accurate reporting.

In order to remedy undercounting and better target policy, Dr. Pezzella presents a number of recommendations in The Measurement of Hate Crimes in America. He calls for changes to take place within police departments, at the level of state and local politics, and in the criminal legal system. First, he suggests that every precinct have a written and clearly posted hate crime policy, and that every officer be trained to understand the rules for identifying bias crimes and the statutes governing them in their particular state. He would also like to see greater police-community engagement on this issue, with better tracking of non-criminal bias incidents – like seeing a swastika or other racist tag in the neighborhood – which Pezzella says often lead to violent bias crimes. He would especially like to see hate crime reporting made mandatory, with penalties or audits following a departmental report of zero bias crimes in a year.

Stepping out of police departments, Dr. Pezzella also calls for greater engagement from state and local politicians, who after all control the purse strings as well as set state legislation, but who are often hesitant to call attention to a problem with hate crimes in their district. Finally, he wants prosecutors’ offices to commit to seeking hate crime convictions, rather than settling for the easier task of convicting an offender for non-bias equivalents. With every actor across the board invested in tackling hate crimes and being transparent and proactive about applying best practices, offenders are put on notice that the community, including police, won’t allow these harmful crimes to continue.

Dr. Pezzella has been studying hate crimes since his graduate school years at SUNY-Albany, but he doesn’t feel he’s reached the end of this line of research. Going forward, he is interested in studying the deleterious and vicarious effects hate crimes can have on the victims’ communities. Because bias-motivated offenders target victims based on what they are rather than what they do, Dr. Pezzella says, there is a sense that anyone could become the next victim. This impersonal threat undermines societal ideals of trust and equality, and can even affect property values, as whole groups feel unsafe in certain areas and may be forced to relocate. Pezzella also mentions the psychological and emotional impacts of feeling under threat for simply being who and what you are. “When a victim goes home and says they were a victim of a hate crime, in what way does it impact the quality of life or sense of safety for secondary victims [i.e., the victim’s community]?” he asks. “What do they do? While we understand the direct impact, we know less about this vicarious impact, and how far it extends beyond the primary victim.”

He also has his eye on current events, especially the rise of domestic terrorism in the United States. Dr. Pezzella is concerned about the growing number of organized hate groups in recent years, and how emboldened they have been by rhetoric from the top levels of government. While many mass shootings have  been categorized as domestic terrorism, Pezzella also sees evidence of bias that might categorize these events as hate crimes. If they are being left out of crucial counts that help to allocate resources and fight back against hate in this country, he wants to know. 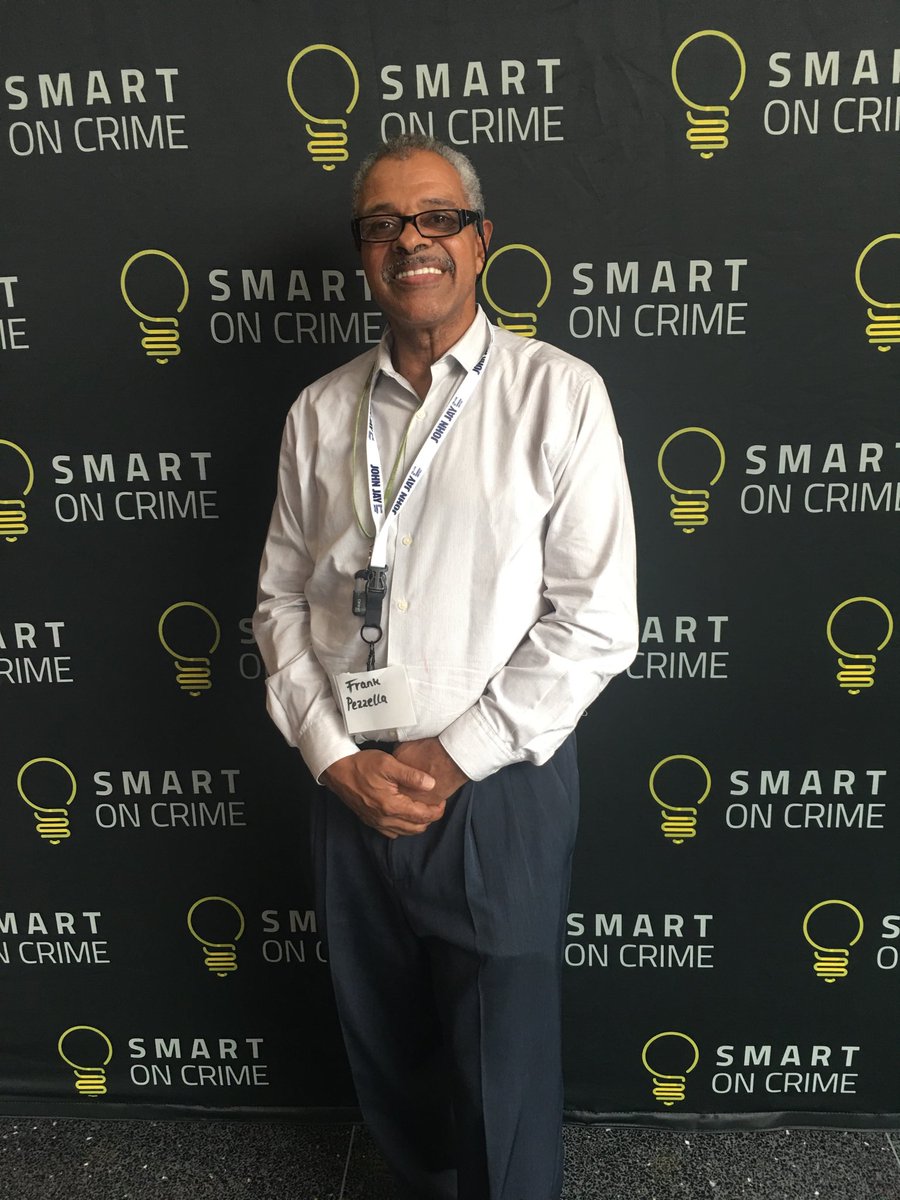 Dr. Frank Pezzella is an Associate Professor of Criminal Justice at John Jay College. His primary research focus is on the causes, correlates, and consequences of hate crimes victimizations. He also conducts research on issues that relate to race, crime and justice. In addition to his most recent book, he is also the author of Hate Crime Statutes: A Public Policy and Law Enforcement Dilemma, as well as numerous peer-reviewed articles.