The outbreak of COVID-19 has accelerated a number of existing trends in the United States; along with giving a big boost to remote work and the digital economy, and reinforcing existing socioeconomic inequality, 2020 has also seen the trend of movement from big cities to smaller ones pick up. Whether because larger cities are too expensive or because COVID-19 made them feel not just dense but claustrophobic, residents have reconsidered their environments. While big cities like New York and San Francisco have seen their populations decline over the last five years, some smaller cities – with populations in the tens of thousands rather than the millions – have been seeing an upswing.

Dr. Richard Ocejo, a John Jay professor, sociologist and author, is interested in what it looks like when newcomers arrive in small cities. He’s using Newburgh, New York, a city of about 30,000 in the middle of the Hudson Valley, as a case study, spending time with new and old residents to learn what gentrification looks like in a smaller city. “Newburgh was totally abandoned,” says Ocejo. “Capital had left it, investment had left it, it was just a place to warehouse the poor and struggling. Until New York City became too expensive, then all of a sudden, small, affordable, historic places like Newburgh become valuable again, to a group of people who are looking for these urban lifestyles.” 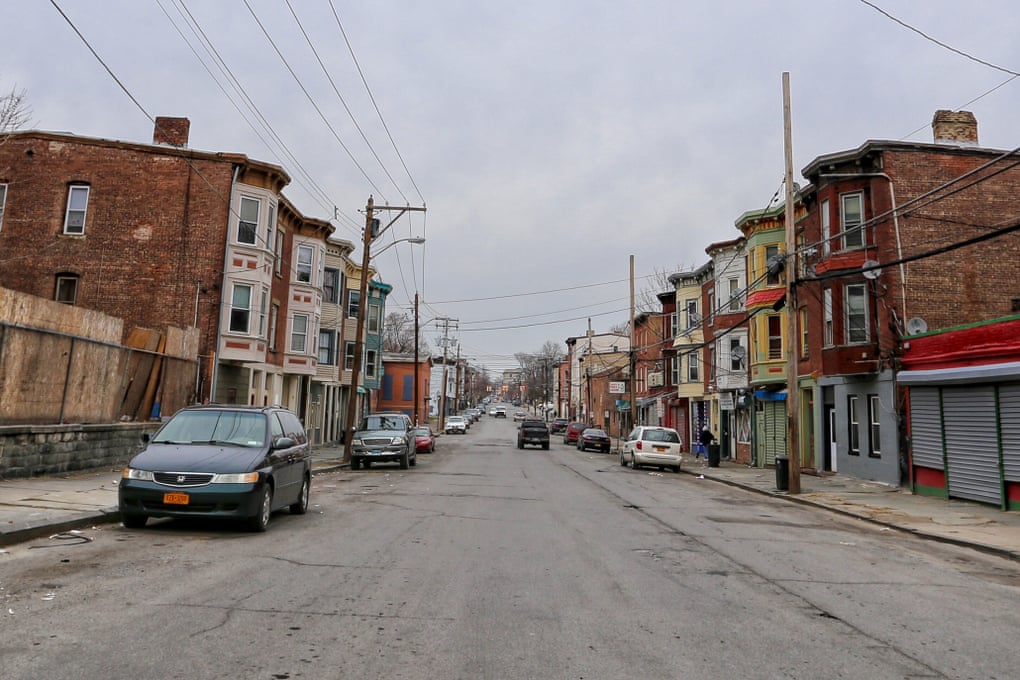 Ocejo sees the characteristics of small-city gentrifiers as distinct from those who have traditionally moved into gentrifying neighborhoods in New York City, like on the Lower East Side or in Brooklyn. People moving to small cities from places like New York are often middle class, mid-career professionals, who are looking to buy property more affordably while still maintaining the lifestyles and habits they developed in the big city. Over the course of several years of field work and interviews, Ocejo has pinpointed some common threads in the narratives Newburgh’s newest residents use to understand their actions.

“They recognize that the reason they left [New York City] was because of being priced out. But when they get to Newburgh, the understanding of what it’s like to not be able to afford a place any more, of having to leave one’s home as a consequence of these larger forces beyond your control, doesn’t resonate in how they understand gentrification as they are perpetuating it in this small city,” says Ocejo. “They don’t see what they’re doing there as gentrifying that will cause this sort of harm that could make somebody leave their home as they had to do. Instead they say, we’ll just do it better.”

Generally, Newburgh’s gentrifiers are opposed to harmful development by “slumlords” or “bad actors;” in contrast, they perceive themselves as providing employment and adding to the tax base. But Ocejo hasn’t seen concrete evidence to back up their narratives. “I don’t know many examples of what we can call a successful gentrification, at least not at any kind of scale,” says Ocejo. “I can’t think of any examples of an equitable integration where there aren’t tensions and conflicts that take place.”

Ocejo says that some of the challenges he sees playing out in Newburgh are tied into structural racism and the failure of newcomers to acknowledge that they are recreating harmful racial and economic dynamics in Newburgh that caused displacement in New York City. While he observed Newburgh’s newcomers participating in Black Lives Matter protests and marches, he says that the leap to understanding the racist structures that are tied up in gentrification is rarely made. “We don’t talk about gentrification as a racial process,” Ocejo says, “but it is. It’s this extraction of value from racialized spaces, non-white spaces that are taken advantage of through these processes. And that’s not discussed at all.” He says gentrifiers’ inability or unwillingness to confront these issues is exacerbating a key inequality at the heart of the process. 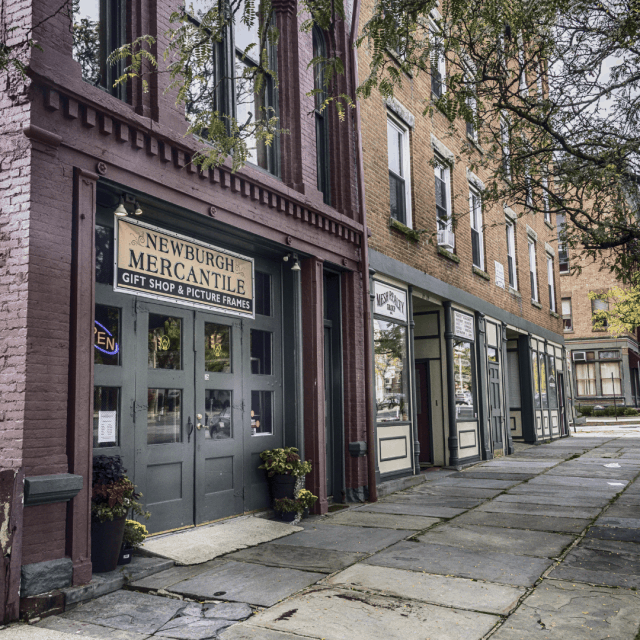 Ocejo does clarify that, although on the whole gentrified spaces tend to end up segregated socially and culturally, there are positives associated with the process. Smaller cities are crying out for even a fraction of the investment New York City has received and, done correctly, municipal revitalization can make a real difference to disadvantaged communities. And in interviews with existing Newburgh residents, he has generally heard people react positively to commercial development in their neighborhoods. However, they aren’t necessarily sure the changes will add up to much real change in their own lives.

“Gentrification is a consequence of much larger forces that are beyond anybody’s control,” says Ocejo. Newburgh’s population of gentrifiers are responding to market forces that are making New York City a difficult place to live long-term without making significant sacrifices or acquiring millions of dollars. But at the end of the day, some groups have the means to make choices about where they will live and whether they will stay or go, while others are unable to make the same choices. It will take structural, policy-based change to make gentrifying urban neighborhoods, and migration in general, more equitable.

Dr. Ocejo has published three papers related to his work in Newburgh and has two additional papers under review. He is also working on the manuscript of a book that will bring together all of his work on this project; he expects it to come out in 2022 or 2023. 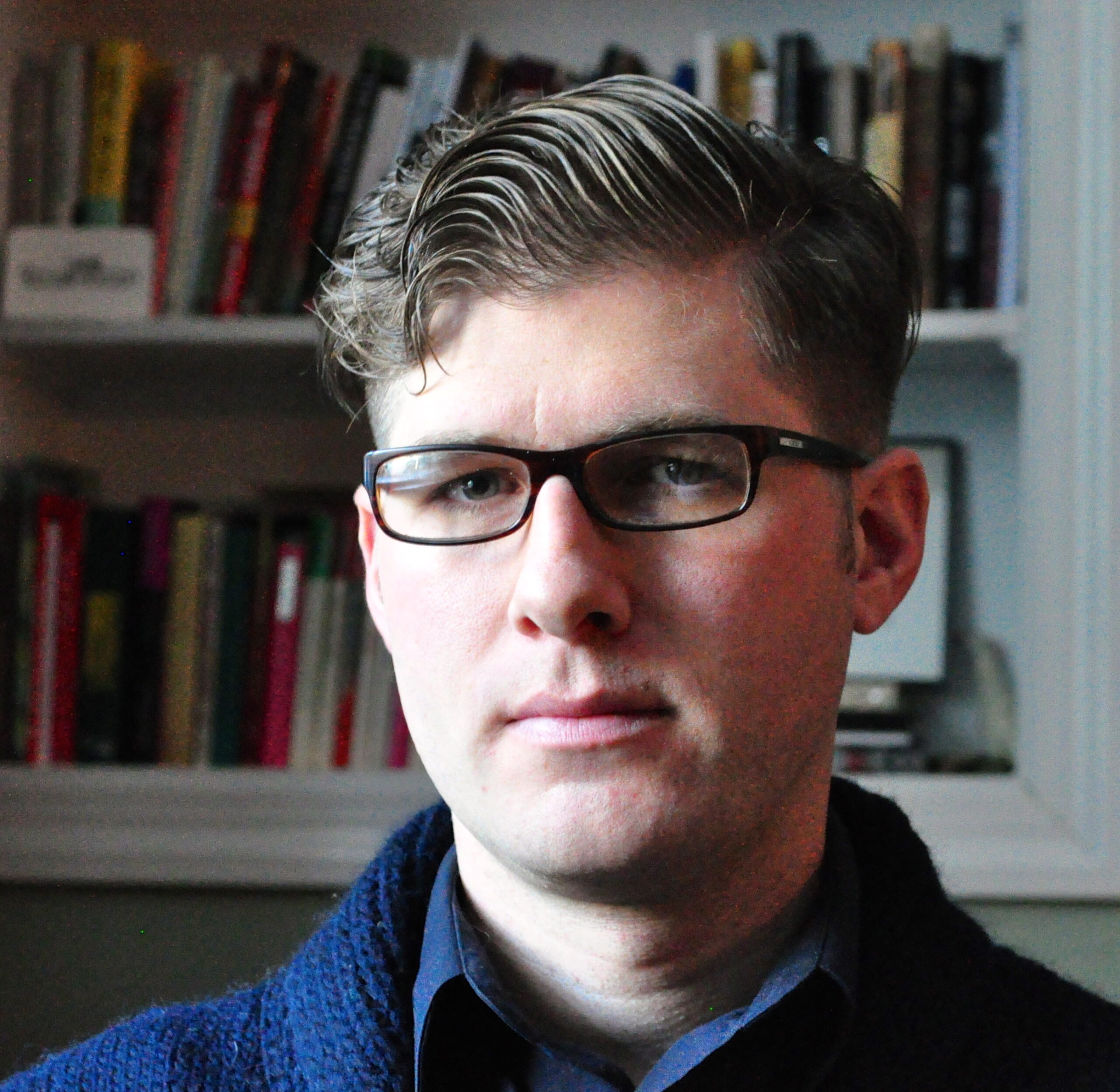 Dr. Richard Ocejo is an Associate Professor of Sociology at John Jay College, and the Director of the MA Program in International Migration Studies at the Graduate Center of CUNY. His research, which has been published in a variety of journals including Journal of Urban Affairs, Sociological Perspectives, and more, focuses on cities, culture and work. He uses primarily qualitative methods in his scholarship. Dr. Ocejo is the author of two books: Masters of Craft: Old Jobs in the New Urban Economy (2017) – on the transformation of manual labor occupations like butchering and bartending into elite occupations – and Upscaling Downtown: From Bowery Saloons to Cocktail Bars in New York City (2014) – about the influence of commercial operations on gentrification and community institutions in downtown Manhattan.