Ahead of the February 2017 release of her book, “Cross-National Public Opinion about Homosexuality: Examining Attitudes across the Globe,” our latest blog entry comes from Amy Adamczyk, Professor of Sociology at John Jay College and the Graduate Center of CUNY. This entry was originally posted on the University of California Press Blog.

Like many academics, I was surprised at how well Donald Trump did early in the presidential election, securing the Republican nomination and at times rivaling Hillary Clinton in the polls. Part of the reason I was so surprised is because almost everyone I know and spend time with is a staunch democrat, socialist, or even communist. For many academics most of our friends are very liberal left-leaning highly educated people. For me it is even more extreme because I am childless and live in Manhattan. So the thought of millions of Trump enthusiasts has been hard to fathom. 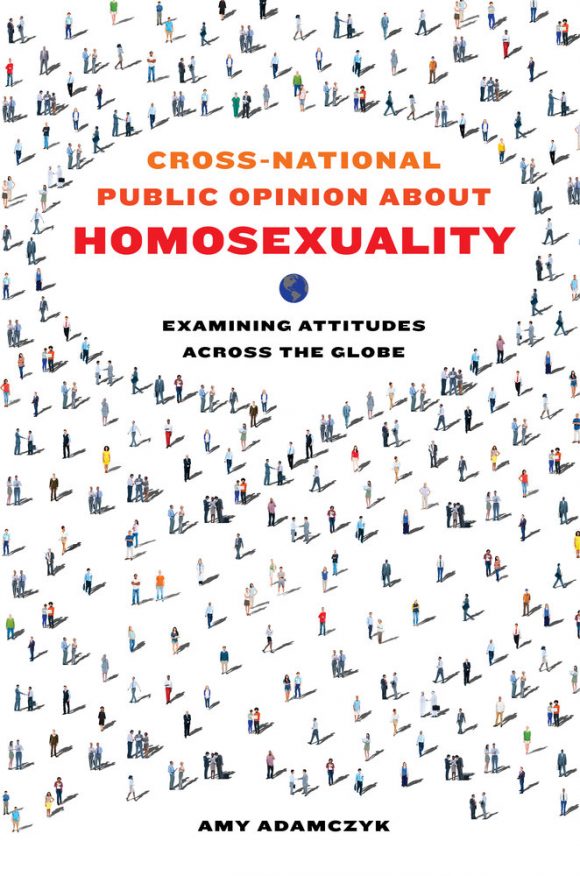 That a social scientist like myself, trained to avoid generalizing from personal experience, is nonetheless taken aback by the Trump phenomenon is a testament to the power of context. Simply put, those with whom we interact have a powerful role in shaping our views. And our friendship groups tend not to be very diverse, so it’s easy to find ourselves in an echo chamber soundproofed from the voices of the outside world. This is especially true for people at opposite ends of the educational spectrum, whose friendship networks tend to be particularly homogeneous.

The media coverage of the presidential election provides repeated reminders of the deep cultural divides within our country. When we regularly see our fellow citizens cheering on a candidate who we find outrageous or worse, it is easy to forget all the subjects on which most of us agree, and how this agreement is fostered by the cultural and structural context we share as residents of the United States. For example, the issue of gay rights, a wedge issue in past elections, has faded from view in the current election. Opposition to same-sex marriage has narrowed over the last two decades and this year Republicans nominated someone who appears only now to oppose same-sex marriage out of political expediency. Meanwhile, there are nations where a person can be put to death for being gay. As great as the cultural differences among our fellow citizens, the differences between nations are vaster still, especially on key issues like gay rights.

In my forthcoming book, Cross-National Public Opinion about Homosexuality: Examining Attitudes across the Globe, I show just how vast the differences are across nations on this important issue. What accounts for such dramatic differences across nations? The book shows that much of the variation in attitudes about homosexuality can be traced back to differences in the degree of economic development, democratic governance and religious fervor. The book also shows how these factors interact in complex ways with a nation’s unique history and geographic location to produce divergent cultural and structural climates.

The interesting thing about contextual forces, whether they are operating within friendship groups, regions, or nations, is that we often do not know they are there. It takes something like a divisive national election or stories about the denial of civil rights to remind us of the different worlds in which we live.