Home » Uncategorized » Why does Trauma Cause Memory Distortion?

Why does Trauma Cause Memory Distortion?

Why does Trauma Cause Memory Distortion? 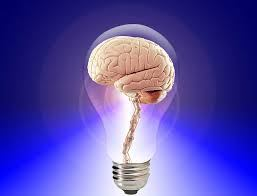 Our memories are not perfect reconstructions of past events. Instead, remembering a past event is a combination of processes, piecing together different details, and making inferences to fill in the gaps to create a coherent whole. Normally these inferential processes serve us well, allowing us to make fast and accurate decisions about what we’ve seen and done. But no system based on inferences will be 100% accurate.

Our current drives, biases, stereotypes, and expectations can all affect that inferential process, fundamentally distorting what we ‘remember.’ While it might be easy to accept that our memories for mundane experiences can be distorted in such a way, people have long clung to the notion that traumatic memories are different, that they are protected from any kind of memory distortion.

In fact, converging evidence demonstrates that experiences of trauma, whether a single event (e.g., a sexual assault) or a sustained stressful experience that might involve multiple trauma types (e.g., war) are also

vulnerable to memory distortion. In fact, traumatic memory distortion appears to follow a particular pattern: people tend to remember experiencing even more traumathan they really did. This usually translates into greater severity of Post-traumatic stress disorder (PTSD) symptoms over time, as the remembered trauma “grows.” (For research articles documenting this, see this, this, this,this, this, this, or this.)

Simply put, over-remembering trauma is related to poorer mental health outcomes. In one example, Southwick et al. asked Desert Storm veterans at 1 month and 2 years after their return from service, whether certain events occurred during that service (e.g., experiencing sniper fire, sitting with a dying colleague). They found 88% of veterans changed their response to at least one event and 61% changed more than one. Importantly, the majority of those changes were from “no, that did not happen to me” to “yes, that happened to me.” This ‘over-remembering’ was associated with an increase in PTSD symptoms.

Why would this be? From an evolutionary perspective, it would not seem adaptive to remember an event as more traumatic over time; that would increase emotional pain and the, often crippling, symptoms of PTSD, thus delaying recovery.

One possible explanation is that, while the errors themselves are not adaptive, they are an unavoidable byproduct of an otherwise powerful and flexible memory system. This is sort of like the human ACL: although it is a weak spot in our knees, it is a consequence of an otherwise positive adaptation: bipedalism. It may be that over-remembering trauma—just like other kinds of memory errors—are the result of a failure in something called the source monitoring process.

Briefly, according to the Source Monitoring Framework, people do not store the details of an experience in their memory accompanied by labels specifying their origins. Instead, they rely on heuristics, such as how familiar the event details feel, to determine whether a remembered detail actually occurred or was merely suggested or imagined. Critically, post-event processing—such as actively imagining new details or experiencing unwanted intrusive thoughts—can increase the familiarity of new details enough that people may mistakenly claim those new details as genuine memory traces, resulting in memory distortion.

To test that explanation, our research lab performed a study in which we asked participants to watch a short film depicting a real fatal car accident in graphic detail. The film was split into a series of separate scenes separated by

blank footage. Those “blank spots” represented missing elements, that is, scenes that had been deleted. Some of those missing scenes were traumatic (e.g., a child screaming for her parents), while others were non-traumatic (e.g., arrival of rescue helicopter). Twenty-four hours later, the viewers returned for a surprise test probing their memory of the film they were shown, as well as their thoughts and recollections about the film over the past 24 hours.

The participants scored well on their ability to recognize scenes that they had indeed been shown as part of the video. However, about one-fourth of the time, they “recognized” scenes that they hadn’t actually seen! They were far more likely to “over-remember” the traumatic scenes than the non-traumatic ones, and they did so with confidence.

In addition, some viewers reported symptoms to us that are analogous to PTSD. They reported thinking about the traumatic scenes when they didn’t intend or want to (intrusive thoughts) and avoiding things that reminded them of the film. Interestingly, those with the PTSD-like symptoms were more likely than the others to “over-

remember” traumatic elements of the film that they hadn’t actually seen. This is further evidence of a link between PTSD symptoms and memory distortion.

In a follow-up study, we confirmed that this did in fact work. Once again, we found that the false memory formation was highest for the traumatic scenes, rather than the non-traumatic scenes. However, viewers who were warned that some content was missing were much less likely to “over-remember” scenes that they didn’t actually see. Interestingly, viewers that were shown a block of text describing the missing scenes were more likely to “over remember.”

Taken together, our data argue that inattentive source monitoring can lead to memory distortion and that these distortions are most pronounced with traumatic memories. While this does not answer the question of evolutionary value or context, per se, it does a provide a framework for understanding how these mental errors occur in the process of memory formation, which operates with high fidelity in other contexts. It may be that the flood of emotion and cognitive dissonance that accompany traumatic events overloads the cognitive processing necessary to run the heuristics of memory formation. Without those nuanced heuristics, the human brain attempts to close the loop with additional elements, real or imagined.

Is this purely an error, a shortcoming of a brain only very recently evolved with these great new cognitive powers? Maybe. Or could this process of false memory formation actually be adaptive? One biological benefit that could result from distorted memory is that exaggerated recall of trauma could serve to reinforce behavioral aversion to dangerous situations. Normally, our fear and aversion toward something dangerous wanes over time if we are not repeatedly exposed to it. The strange quirk of remembering traumatic events as even more traumatic over time may serve to mitigate this. Fear is a powerful motivator and a very important conditioning mechanism for avoiding danger.

The evolutionary reasoning goes something like this. First, we know that traumatic experiences in war can lead to PTSD and a paralyzing fear of jolts and loud sounds, an aversion that gets worse, not better, over time. If we substitute the modern war context for the Pleistocene-era African savannah, the biological value of this aversion becomes clearer. Imagine the traumatic experience of a hunter or gatherer. A near-miss with a lion, or a snake, or even an angry elephant, could result in traumatic memories. Through the “growth” of the traumatic memory, the individual would be continually conditioned to be extremely fearful toward that particular danger in the future. A PTSD-like phenomenon could result and the subject would experience extreme avoidance of the feared stimulus.

This form of trauma-induced fear conditioning would be more resilient than a genetically programmed system of fear predisposition (like the ones humans might have toward snakes and spiders) because it can operate on the individual level, instead of waiting for genetic adaptive change to occur over thousands of years.

In sum, PTSD may be an adaptive, if clumsy, neurological mechanism to train individuals to avoid very serious dangers, and the tendency to “over-remember” the trauma might be nature’s way of ensuring that the lesson is not forgotten over time.