Our latest blog entry comes from Heath Brown, assistant professor of public policy at John Jay College. This entry was originally posted on TheHill.com. Be on the look out for Professor Brown’s forthcoming book, “Pay-to-Play Politics: How Money Defines the American Democracy,” available this April! 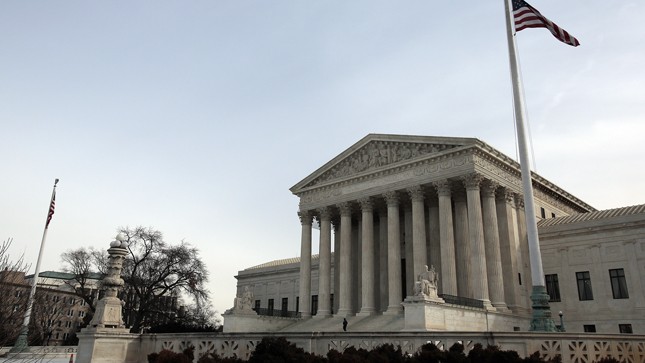 Saturday is the 40th anniversary of the Supreme Court’s momentous campaign finance decision, Buckley v. Valeo. A lot has been pinned on that decision, including the establishment of a link between money and free speech, the skyrocketing cost of campaigns, and the recent birth of super-PACs and numerous dark-money groups. We may be looking at a $10 billion election this year, and the Buckley decision should receive some of the credit for that.

A new book adds another legacy: the ascent of political consultants. According to data from the Center for Responsive Politics, during the last election cycle (2012), the top firm, GMMB, billed for over $400 million in political media services — nearly $100 million more than they had four years earlier.

Business is good, but how did we get to this point?

In Adam Sheingate’s just-published book, “Building a Business of Politics: The Rise of Political Consulting and the Transformation of American Democracy” he argues that in failing to throw out the campaign finance reporting requirements at the center of the 1971 Federal Election Campaign Act (FECA), the Supreme Court blessed a system of nearly unlimited campaign expenditures that simply had to be tracked and disclosed. That tracking of how campaigns funds were spent opened the door for consultants — like those at GMMB, Mentzer Media Services and American Rambler Productions, to name just a few — to amass ever-larger portions of the political pie.

Prior to FECA and the Buckley decision, political campaigns were much freer to spend money to win elections. Without the requirement to report detailed expenditure data to the federal government, campaigns could be cavalier with their funds and freely distribute “walk around” money to local party operatives to turn out voters. During this period, political consultants had been growing in prominence, especially in California, but were still secondary players to the two parties in most campaigns.

After the 1976 ruling, each campaign dollar had to be reported to the Federal Election Commission (FEC) in increasingly specific ways, or campaigns risked a federal audit. Political consultants, all too eager to provide such accounting, could document exactly how and where the money would be spent. Vendors could estimate precisely how much would be spent to shoot and edit an ad and how much it would cost to buy airtime to broadcast that ad on television. As we moved forward from the 1970s to the 1980s, public opinion polls, direct mail fundraising solicitations and multimedia advertising, as well as a variety of other new campaign techniques, could all be contracted for by candidates, and easily accounted to the FEC. Today, the legitimacy of a candidate is often judged by which consultant has been hired.

Sheingate’s claim is not that political consulting started in 1976; in fact, he tells a fascinating 100-year history of the long development of the field. Rather, he argues convincingly that the business of politics was inadvertently transformed and turbocharged by the Buckley decision. As the court eliminated the expenditure limits of FECA, it created an open environment for the escalation of political spending and a perfect regulatory environment for businesses to boom.