Home » Uncategorized » Why the Trump presidential transition has just begun

Why the Trump presidential transition has just begun

Why the Trump presidential transition has just begun 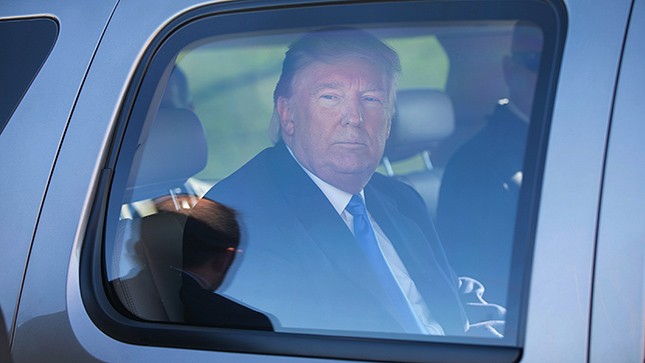 For much of this presidential campaign, Donald Trump (R) has been dismissed as an nonserious performer, capable of drawing large crowds and attention, but not much more. Seemingly unaware of many policy details and unwilling to name who has shaped his view on key issues, what a Trump administration would actually look like has remained a mystery.

That mystery may have just been solved. After a stinging defeat in the Wisconsin primary, Trump elevated Paul Manafort’s role on his campaign to oversee the GOP convention delegate process. The choice of Manafort signals not just a change in direction for the campaign, but also gives a strong indication of what a Trump White House might look like.

Manafort is a seasoned Washington insider, operating at the intersection of money, politics and influence for the last four decades. How Manafort rose to prominence suggests several important, yet largely underappreciated, aspects of electing a new president.

After Ronald Reagan defeated President Jimmy Carter in 1980, Manafort was named coordinator of personnel during Reagan’s transition to power. The presidential transition period — often eclipsed by the attention paid to the campaign — occurs over 77 days between Election Day and the inauguration in January. It is during this period that hundreds of critical decisions are made about public policy and who will be appointed to join the new president in the White House and in the Cabinet.

For Reagan, personnel decisions were no trivial matter. Reagan’s team adhered to the mantra that “personnel is policy” to emphasize how important it was to have a team of ideological loyalists to implement his agenda. Manafort helped Reagan appoint an array of conservative stalwarts across government, hundreds drawn from the new brain centers of the conservative movement: the American Enterprise Institute, the Heritage Foundation and the Hoover Institution. Many were brand new to Washington, arriving in Washington, D.C. from California after decades of loyalty to Reagan.

Yet when the transition period ended, Manafort didn’t follow others in the conservative movement into the Reagan administration. Instead, Manafort and his partners on the transition team, Roger Stone and Charlie Black, opted to start their own lobbying firm. Manafort traded on his service to a newly elected president not with a job in the White House, but by peddling influence in the then-burgeoning field of high-priced lobbying.

To be sure, Manfort was not the first to lay the foundation of a lucrative future on K Street during a presidential transition. Twenty years earlier, Clark Clifford helped John Kennedy transition from candidate to president, but did not later join the Kennedy administration. Instead, Kennedy joked that “all he asked in return was that we advertise his law firm on the backs of one-dollar bills.”

Fifty years later, Trump’s choice of Manafort suggests several things. First, if Trump hadn’t yet started planning for his transition, he is now. Manafort knows exactly how much work must be completed immediately after the election and that planning must begin long before November.

Second, in choosing Manafort, Trump’s history of vague answers about whom he would appoint will soon change — if not publicly, then at least privately. While he courts delegates for the GOP convention, Manafort will also begin assembling the names of supporters who will be considered for key posts in a possible Trump administration. Given the aversion of many establishment Republican insiders to Trump, these names may come from as far away as they did during Reagan’s transition, likely holding few allegiances to the Republican Party, but a deep commitment to Trumpism.

Finally, during Trump’s pre-election transition, it seems likely that he will not be averse to a prominent role for lobbyists and influence-peddling. President Obama famously imposed strict restrictions on what lobbyists could and could not do during his transition, and every indication suggests that 2012 Republican nominee Mitt Romney would have upheld this precedent if he had been elected. However, the choice of Manafort indicates that Trump may not be as concerned about the conflicts-of-interest inherent to having lobbyists plan for his administration while at the same time representing clients who have ongoing business with government.

For months, experts have worried about the lack of clarity on policy and personnel issues from Trump. We may now be entering a phase where those worries will shift to the increasingly clear picture of what a Trump administration will look like. As many focus on Manafort’s effectiveness as presidential campaign adviser, all should keep an eye on Manafort as presidential transition planner, too.