By Office for the Advancement of Research in Impact Magazine feature, Research at John Jay on November 11, 2019.

As a New York institution and part of the City University of New York, John Jay College is home to many who want to drive real-world reform to make New York communities stronger. Our unique research centers provide evidence-based partnerships and guidance that city officials and state legislators need to create better policy. Read on for a quick look at the impactful work they are doing in New York, or read the full story in our latest issue of Impact research magazine. 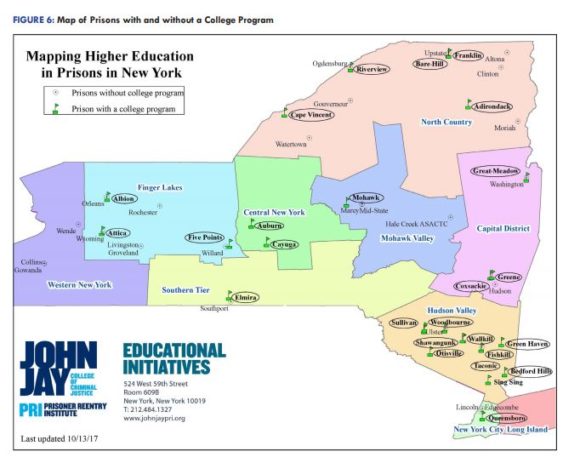 The Prisoner Reentry Institute has been a research center since 2005, when it was founded to help people live successfully in their communities after contact with the criminal justice system. The center, directed by Ann Jacobs, engages in a combination of public advocacy, direct service, and collaborative partnerships to promote a range of reentry practices, with a focus on creating pathways from justice involvement to education and career advancement.

PRI is also interested in post-incarceration advocacy. A work group, led by PRI’s Director of Public Policy Alison Wilkey and comprised of local stakeholders, is working to change the New York City Housing Authority’s policies excluding residents who have been arrested. The work group’s actions, including the creation of a clearer exemption application, new guidelines limiting the use of exclusions, and tenant education, have helped reduce the number of people excluded from NYCHA housing 50% from 2016 to 2018.

A team of Research and Evaluation Center researchers is evaluating Cure Violence, a public health approach to violence reduction.The program relies on neighborhood-based workers, often with a history of justice involvement, mediating and working with younger people in the neighborhood to keep them from going down a violent path.

“Politically, it’s a difficult program to operate,” says REC Director Jeff Butts, because city officials are often wary of Cure Violence workers’ criminal histories. But REC has found that Cure Violence sites in the South Bronx and Brooklyn have seen greater violence reductions than comparison sites. According to Butts, explaining the research and the results clearly to the public is key to shifting policy. “You can’t change policy, no matter how smart you are, just by publishing articles in academic journals.”

Violence isn’t the only type of crime that can be reduced with less punitive solutions. Director of research project From Punishment to Public Health (P2PH) Jeff Coots holds that alternatives to incarceration can not only reduce the use of prison and jail terms, but also offer rehabilitative services to people in need. “Punishment alone is not getting us the public safety outcomes we want,” he says. “How do we identify public health-style solutions that can respond where punishment does not, and isolation will not?”

Among P2PH’s signature initiatives is a pilot project to use pre-arrest diversion for minor offenses committed by the homeless. Many of those cases were previously decided at arraignment, denying arrestees the chance to connect with needed services. The pilot has reduced the number of people arrested and increased the number connected with services like transitional housing and health treatment.

In general, Coots believes policymakers are increasingly open to health interventions as an alternative to incarceration. “We don’t want the jail to be the biggest mental health provider in our community.”

Justice by the Numbers

The Data Collaborative for Justice is invested in documenting the scale of the criminal justice footprint, in New York and a network of other cities, and

considering solutions to reduce it. DCJ explores high-contact points in the system, including pretrial detention and incarceration in New York City jails. A major project for the center has been to produce an evaluation of the 2016 Criminal Justice Reform Act, passed by the New York City Council to “create more proportional penalties for certain low-level, nonviolent offenses.” With support from the Mayor’s Office of Criminal Justice, DCJ’s evaluation shows that the CJRA seems to be achieving its aims — 90% of summonses for five high-volume offenses like noise violations and littering are now civil rather than criminal, with an associated decline in criminal warrants.

The positive impact of this legislation has the potential to push policy change in other areas by informing conversations with lawmakers. DCJ works closely with city and state agencies to gather data and make it available to policymakers so they have the resources to make evidence-based decisions. “Policy neutrality is an important part of DCJ’s mission and outlook,” says Project Director Kerry Mulligan. “That has allowed us to be a trusted broker with a diverse set of data partners.”

Among John Jay College’s research centers and projects, some researchers are building the evidence base, while others are rolling up their sleeves to help cities implement and evaluate solutions on the ground. In each case, the vital goal is making communities safer. Says REC’s Jeff Butts, “You have to put the evidence in front of [policymakers] on a regular basis in order to get the political culture to start to shift.”

For the full feature, please visit the John Jay Faculty and Staff Research page to read the whole magazine in PDF form!