By Office for the Advancement of Research in Research at John Jay on May 22, 2020. 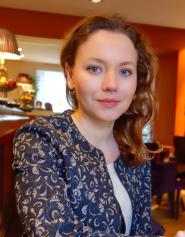 Dr. Yuliya Zabyelina is an Assistant Professor in the Political Science Department at John Jay College, whose research focuses on transnational organized crime. She is also the editor, along with Daan van Uhm, of Illegal Mining: Organized Crime, Corruption, and Ecocide in a Resource-Scare World, forthcoming in August. Since the 1990s, organized crime has been increasingly involved in mining activities. Illegal Mining is the first book-length publication to focus on illegal extraction, trafficking in mined commodities, and ecocide associated with mining, with contributions from the perspectives of organized crime theory, green criminology, anti-corruption studies, and victimology.

OAR spoke to Dr. Zabyelina about her book and her research on organized crime. The interview is presented here, lightly edited and condensed for clarity.

How are transnational organized crime groups involved in illegal mining?

Organized crime and terrorist groups have discovered that illegal mining is a lucrative business. Obviously they’ve been attracted to gold. We cover the Latin American region quite densely in the book; Colombia and Peru feature as countries with the risk of organized crime infiltration of gold mines. In those countries, there is informal (or artisanal) mining; this is all about regular people going out and trying to find gold, and nobody regulates them. It’s not a crime per se, but some countries obviously want to regulate it because they want to make sure that the procedure is legal and environmentally friendly. Informal mining is quite common, and because it’s not regulated, it’s somewhere far away from civilization and law enforcement, organized crime groups have tried to regulate those territories and control informal mining. That’s been done for several reasons.

First, obviously gold is expensive so it’s good income. Second, gold can be used for money laundering purposes. Also, human trafficking is part of this business. It’s like an infrastructure. You have emerging, informal mines, and miners have to live somewhere, they have to eat, they have to get water and they need mercury provided for gold production, raising a number of environmental concerns, and women are brought, because there’s demand on the part of miners. There’s tax evasion, and security concerns, because illegal mining and trafficking in precious metals and minerals can be used as a source of funding for terrorist groups or rebels. So it’s not just one crime, illegal mining, but it’s a bunch of things that are relevant and connected to each other.

What are some of the environmental consequences of this type of mining?

It’s difficult to answer that question because the environmental consequences of illegal mining could be very different where different types of products are mined. For gold, it’s the issue of mercury and deforestation; many communities are displaced because of mining activities, and mercury can contaminate water, leaving local communities without fresh water access. I wrote the chapter [in Illegal Mining] on amber, so in parts of the world like Ukraine, they use high capacity pumps to put water under the earth and flush the stones. It’s very bad for the environment; deforestation is also an issue there, and the pump method makes the soil infertile.

You said that, in areas where this activity is occurring, governments often lack the capacity to enforce bans, creating opportunities for criminal groups to come in and evade legislation and law enforcement. What are some policy solutions governments can use to curb illegal extraction and trafficking in these commodities?

Again, answering that question requires looking at each specific region, there is not just one answer to all different types of mining. But it’s all about transparency and making sure that local communities have access to practices that are environmentally-friendly, regulated, and protected by the state. It’s about the state providing security, economic assistance, perhaps education, to miners. In order to operate complex, environmentally-friendly technology, they need to be educated and trained.

Obviously, there needs to be transparency in the supply chain. When gold is mined in Peru or Colombia, there’s little demand inside the country, so it goes to gold refineries in the United States or Dubai, and those refineries are responsible for making sure that the sourcing of their gold is legal, that it’s not funding terrorist groups. The same goes for diamond cutting centers, like Antwerp or New York—there were several big cases in New York involving illegal diamonds, and how they were used for cleaning dirty money from Colombian cartels.

How do you make the products of your work available to policymakers?

That’s a tough one—the problem of non-communication between academics and policymakers is a long-term issue. The best way, I think, is to organize events in which policymakers and academics and practitioners can come together and discuss these problems. We planned to have the book launch at the United Nations Crime Congress in Japan in April 2020, and we were expecting UN experts as well as academics and NGO representatives, but it was postponed.

The UN has been trying to raise awareness about the topic of illegal mining and trafficking in precious stones and metals. We have connections with the United Nations Office of Drugs and Crime (UNODC); the forward of the book was written by someone from the UNODC, and they will be using this book for their own purposes.

We’re trying to build a partnership with them to raise awareness about the importance of this topic; we’ve had a number of events at the UNODC over the years. In my individual capacity as a John Jay professor I attend UN Crime Congresses every five years, and the Commission on Crime Prevention and Criminal Justice (CCPCJ), another annual UN event. I’m part of a professional academic organization that’s registered as an NGO, the Academy of Criminal Justice Sciences (ACJS), whose representatives regularly attend UN events, so that’s part of how I established the partnership and moved it forward. In the past two years we’ve been talking a lot about emergent crimes, and illegal mining fits wonderfully under this larger umbrella of organized crime.

It seems to me that global terrorism has dropped out of the national discourse recently in the face of so many other global issues taking up our attention, like climate change or global pandemics. How do these issues overlap?

The problem with global crime is that it exacerbates all those problems. Pandemics aren’t only an issue of health, we have fraud, cybercrime, counterfeit masks and medicines, all associated with global pandemics. 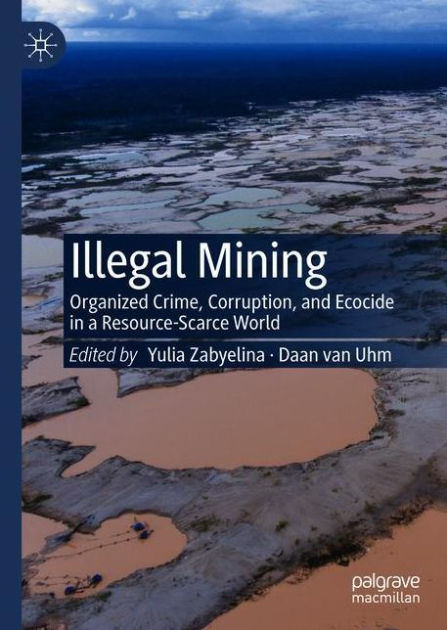 If you’re speaking about climate change, organized crime is there as well. It’s a global issue, and it’s not a standalone topic—it needs to be looked at together with other problems, from the point of view of different disciplines, so we can cross-fertilize solutions. Everything is connected with everything.

When you’re putting together a large text like this, how do you decide which perspectives are most important, which theories and disciplines to include?

You want to be working with the people who are experts in their respective regions or subfields; we were really looking to collect chapters from the most widely-known experts in that specific area. Then, it’s a matter of trust. Obviously I cannot be an expert on everything in every part of the world, so I’d rather go with somebody who knows it better. Then they have their intellectual discretion to decide what data they’ll use, or the theoretical framework guiding their research.

I’m really excited about this forthcoming book, it’s a topic that hasn’t really been discussed frequently in the field of my work and international criminal justice, so we were happy to put it in the spotlight with this publication.

← A Critical History of Incarceration in New York City