By Office for the Advancement of Research in John Jay Scholars on the News, Research at John Jay on July 18, 2019.

Distinguished Professor of History Gerald Markowitz and long-time writing partner David Rosner, a Professor of Sociomedical Sciences at Columbia University, have been researching industrial pollution and contaminants since the early 1970s. Their first jointly-authored book, Deadly Dust: Silicosis and the Politics of Occupational Disease in Twentieth-Century America, explored historical evidence of the lung disease silicosis, which is a hardening of the lungs due to inhaling dust found in sand or rock. Thanks to Deadly Dust, Markowitz and Rosner came to the attention of lawyers bringing workplace safety suits on behalf of construction workers suffering from silicosis, launching a long career of research and expert testimony on occupational disease and toxic substances. In the early 2010s, the duo began an investigation into asbestos and asbestos-related disease.

Their work turned up hundreds of articles on the dangers of asbestos, now a watchword for poisons that can lurk in our homes, dating from 1898 to the present. Markowitz and Rosner also referred to corporate records and documents made public through court discovery; a more recent project called ToxicDocs is an open-source, online database of more than 15 million pages of documents related to silica, lead, vinyl chloride, and asbestos that were previously not easily accessible.

In June, Markowitz’s expertise was featured prominently in the American Journal of Public Health, in an article detailing a representative episode in the history of the struggle between industry and regulators. In “Nondetected: The Politics of Measurement of Asbestos in Talc, 1971-1976,” Markowitz and his co-authors describe the years-long interval between the talc industry’s acknowledgement that asbestos is toxic and their taking action to protect consumers, and the subsequent conflict between the Conflict, Toiletry, and Fragrance Association (CTFA) and the U.S. Food and Drug Administration (FDA) over regulating appropriate methods for detecting asbestos contamination in consumer talc products and setting safety standards.

The CTFA’s 1970s victory in lowering detection standards and advocating for self-regulation is still bearing fruit; recent lawsuits against talcum powder manufacturers allege the household product causes cancer due to asbestos contamination. As recently as 2018, courts awarded plaintiffs record damages of close to $4.7 billion in a case against manufacturers, capturing public attention.

We sat down with Professor Markowitz to talk about his work researching industrial poisons and about corporate responsibility to the consumer in today’s world. Read on to hear from Professor Gerald Markowitz in his own words.

Why do you believe that talc product manufacturers continued to accept a lower standard for asbestos eradication despite known health dangers, not to mention the risks of litigation?

When they developed this idea, in the 1970s, their basic argument was that there should be as little federal regulation as possible. [The CTFA] was able to lobby the federal FDA that the technologies that the FDA was proposing were not able to be completely accurate, would give too many false positives, would take a long time to do, and would be costly. So they proposed their own method. And they’re able to eventually convince the FDA that it should not be federal but industry regulation.

“They have not seen the protection of the public as more important than the selling of their product. And that’s the disturbing part of this story.”

But what they admit privately is that their method, which is not as demanding as the FDA’s proposed method, was not necessarily accurate and was not necessarily consistent. So to a certain extent, they were really able to forestall regulation by claiming that they could do as good a job [of detecting asbestos in talc products], even though they themselves admitted that they could not do as good a job. And by the very nature of their method, they were going to uncover much less asbestos than the FDA’s method was capable of uncovering.

Do you think there’s something special about the current moment that made this article of particular relevance?

I think it was the variety of ways that deregulation has had an impact on the health and welfare of people in the United States and other parts of the world. To the extent that these articles could help to call attention to that happening, they are important. The advantage of history is that we are able to really see the process unfold in a kind of detail that we don’t necessarily have in observing regulatory of anti-regulatory actions taking place at the moment we’re living in. That level of detail I think is instructive in terms of being able to understand how similar things could be happening today.

Would you like to see this history galvanize some kind of action?

The most important thing that can happen is that people really have to take politics seriously. The United States has a long history of mass movements really demanding and achieving fundamental reforms. Just going back to the 1960s, the demand for civil rights, the efforts of people to get voting rights for African Americans, that didn’t happen simply because Congress decided to pass a law; people were demanding it in mass actions. These are really instructive in terms of what can happen today, and even what is happening today.

Pieces accompanying your article in the AJPH, such as the one by former Assistant Secretary of Labor for the Occupational Safety and Health Administration David Michaels, suggest that corporate influence is getting stronger, to the detriment of consumer and public health. The current administration has loosened or degraded regulatory standards for a variety of products — should we expect more legal battles down the line?

Yes, absolutely. Since the 1970s there has been a very sustained effort by many businesses to oppose regulation, and you get the classic statement by Ronald Reagan, when he said that ‘government isn’t the solution, government is the problem.’ I think the legacy of that, of the push for deregulation as a means of stimulating the economy and freeing business to innovate and all of those kinds of ideas, I think the legacy of that is going to be a variety of problems, not only in consumer products but in environmental damage. It’s going to be for workers, for consumers, for people living in communities where toxic substances are going to be released, we’re going to be suffering those consequences, and the unfortunate thing is that it’s only going to be remedied in retrospect.

“The whole idea of regulation is to prevent harm, and unfortunately the result is going to be harm coming first, and the fixing of it coming afterwards.”

And to add one other element, we know that the burden, especially of environmental pollution, toxic waste, global warming, is going to affect poor communities and communities of color to a much great extent than richer communities. At a college emphasizing social justice, this becomes an even more vital issue.

Are there other consumer products known to include dangerous adulterants that are similarly being ‘underregulated?’

BPA [bisphenol A, a chemical used to make certain plastics since the 1960s] is one example; a lot of household cleaners and flame retardants are another one. We’ve discovered that flame retardants are extremely dangerous to people, and that people have them in their bodies. Formaldehyde is another one; there was a scandal about formaldehyde in temporary housing given to people after Katrina, that was unsafe.

There are lots of things we have clues about, but the real scandal is that chemicals are being produced and we’re using them in very large quantities, that have never been tested. And in the United States we have this philosophy, innocent until proven guilty. It’s the same philosophy with chemicals — they are innocent until proven guilty. The Europeans have a system, chemicals can’t be introduced until they’re proven safe. It’s a basic difference in philosophy that companies need to prove that something is safe before they can experiment on us and ensure it doesn’t cause cancer. But in the United States they say that if it does cause cancer, we’ll take it off the market, but that’s very difficult to prove and you’ve done the damage already.

You note in your article that talc researchers were disappointed when their work became known to the industry, but that ‘nothing was done until the results became public.’ Do you think it remains true in cases of corporate wrongdoing that nothing is done until the public finds out all the information?

In the 1970s, there was this wonderful act passed called the Freedom of Information Act (FOIA). The fundamental principle behind that was that if you shine the light of publicity and information and people have that, then they have the ability to act in their own interests. One contribution that historians can make is, using the older historical records, we can cast a light on activities and attitudes and actions that permit people to see what is going on and demand change. 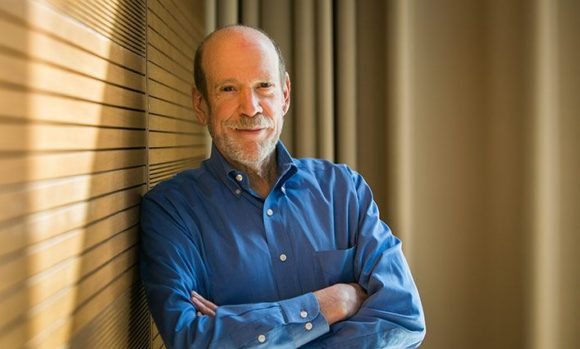 Gerald Markowitz is a Distinguished Professor of History in the Interdisciplinary Studies Department at John Jay College and the Graduate Center of CUNY. His research focuses on the history of public health in the 20th century, environmental health, and occupational safety and health. He has authored a number of books, most recently Lead Wars: The Politics of Science and the Fate of America’s Children, also in cooperation with David Rosner.